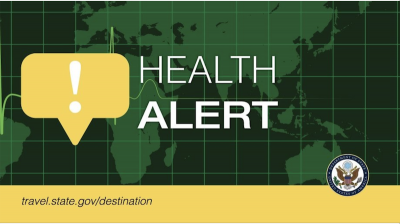 Claims that the U.S. embassy in Japan warned in a ‘Health Alert’ tweet on April 3rd of a collapse of the Japanese health care system in the near future was spreading rapidly across Twitter.

This tweet, originating from an anonymous account with more than 60,000 followers and which had been retweeted more than 8,700 times as of April 11, claimed the U.S. embassy was warning “U.S. citizens to find a way out of Japan as soon as possible before there was going to be no way back home”, “because the Japanese government had a policy to test as few people as possible, their numbers were not accurate,” and “the Japanese health care system will collapse in the near future.”

However, the actual April 3 “Health Alert” tweet reads instead “we believe a significant increase in COVID-19 cases makes it difficult to predict how the system will be functioning in the coming weeks.” and it only mentioned the possibility that U.S. citizens with pre-existing conditions may not be able to receive the same level of medical care in Japan they were used to prior to the pandemic due to the increase in the number of infected people and did not go so far as to say that Japan’s health care will collapse in the near future.

However, the U.S. Embassy in Japan did call on Americans, except those who had no plans to return to the US, to make immediate arrangements to return home, so the tweet in this respect is not incorrect.

The U.S. Embassy in Japan did note that “the Japanese government’s decision not to conduct extensive testing makes it difficult to accurately assess the prevalence of COVID-19”.  It is indeed noteworthy that the Japanese government does indeed announce the figures for the number of people tested and confirmed cases of infection but has yet to announce the rate of prevalence of COVID-19.