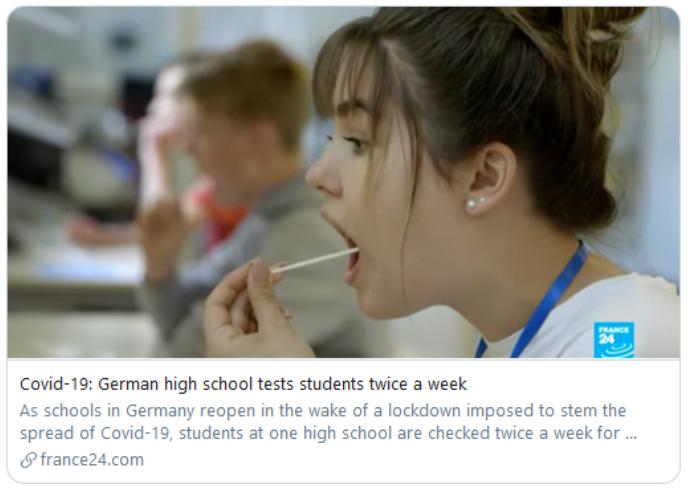 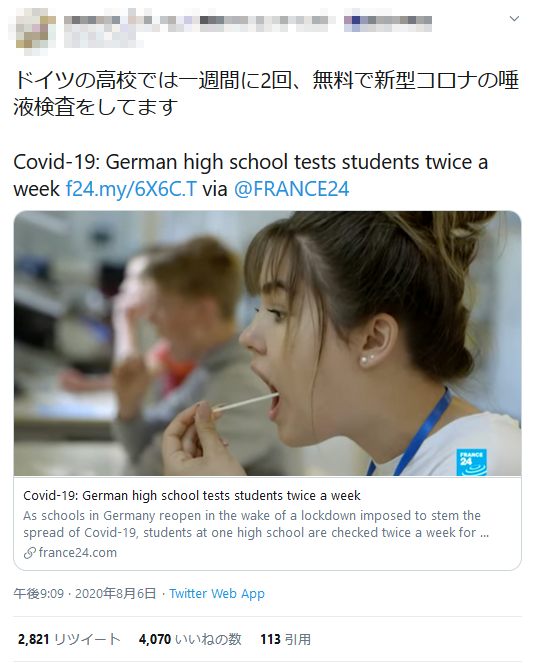 A tweet claiming “German high schools are offering free saliva tests for the novel coronavirus twice a week,” posted on August 6th was retweeted over 2,900 times. Similar content was posted by Yuichiro Tamaki, a member of the House of Representatives and representative of the National Democratic Party, earlier on April 7.

While the post seems to suggest that all high schools in Germany are conducting such tests, this is, however, not the case. According to an article on May 30 by the French news network ‘France 24′ linked as a source in these tweets, these tests happen in “a high school in Neustrelitz, northern Germany’. And while this initiative was undertaken independently by a German health care company in partnership with this high school (see), no similar initiatives can be found in other high schools in Germany. The German Union of Education and Science (GEW) expressed a concern that it is unfair only pupils in certain schools are being tested (see), which indicates that this initiative is not nationwide.