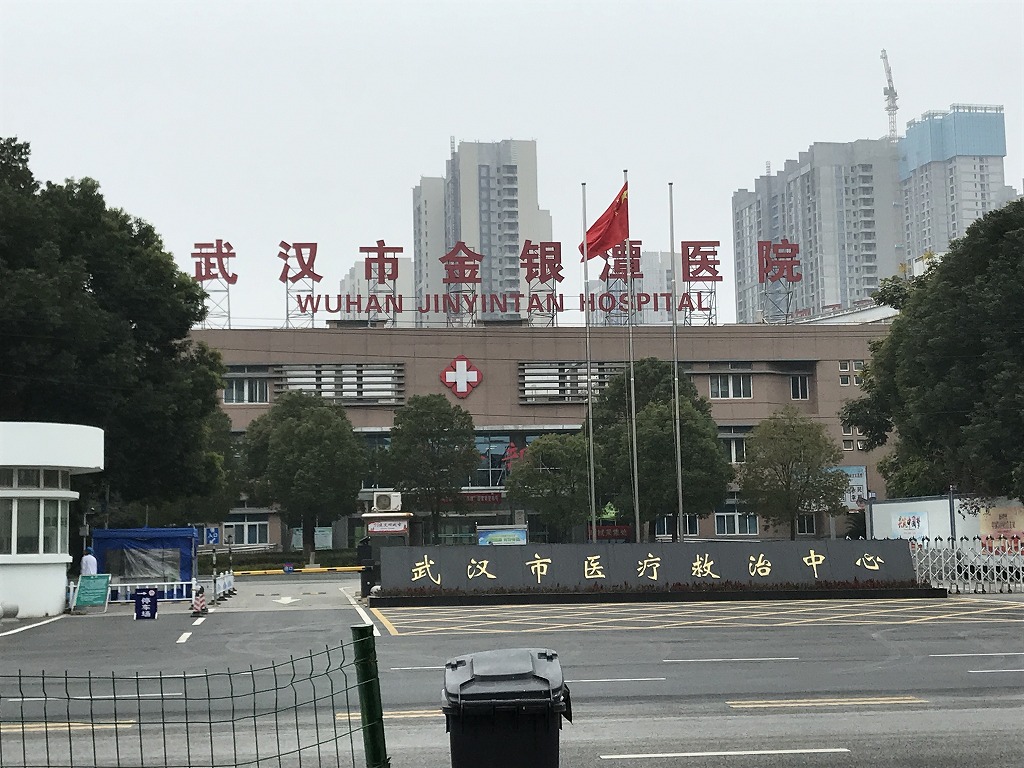 By Norihide Miyazaki and Ya Jung Chih

China was the first country to be hit by the coronavirus. We will examine how China dealt with this serious infectious disease and what kind of information they reported both domestically and internationally. This fourth instalment begins in mid-January of 2020 when the second death was reported.

On January 16, the Wuhan Municipal Health Commission reported that no new cases of the new coronavirus had been confirmed between midnight and 24 hours the previous day (15 January), but revealed that there had been a second death from infected patients who had been already counted. The victim was a 69 year old man. The commission reported the following about his death and his symptoms.

“The deceased was a 69 years old man named a certain Ｍr. Xiong. He was diagnosed on December 31, 2019. On January 4 2020 his condition worsened and he was transferred to Jinyintan Hospital in Wuhan City for treatment. On admission, he was found to have severe myocarditis (myocardial deviated enzyme 20 times the normal rate & an abnormal electrocardiogram), an abnormal kidney function, and severe dysfunction in multiple organs, and his chest CT showed signs of pulmonary fibrosis, pleural effusion, and pleural thickening, suggesting pulmonary tuberculosis and tuberculous pleurisy. He died at 0:45 am on January 15.”

When the 69-year-old man named Ｍr. Xiong was transferred to Jinyintan Hospital, a hospital specializing in infectious diseases, the doctors and staff were surely regretful as while we are sure they did everything they could to treat him, they did not save his life. The pending threat of an unknown infectious disease is already apparent in this event.

At the time of the report on January 16, the total number of coronavirus cases was 41, of which 12 had been cured and discharged from the hospital, 5 were in serious condition, and 2 had died, including Ｍr. Xiong.

Since the announcement on January 11, the number of coronavirus cases had remained unchanged at 41 for almost a week, but the Wuhan Municipal Health Commission reported on January 17 (posted on its website at midnight 00:10 am on January 18) that four more people had been confirmed infected.

The possibility of falsification or concealment of the data cannot be verified and we will not question it further. While the authenticity of the data is a separate issue, the Wuhan municipal authorities did reveal the spread of infection in figures from an early stage. However, in retrospect, it is questionable whether the report was helpful in raising awareness of the novel coronavirus and thereby saving the lives of ordinary people.

Below (in italics bold) is a verbatim translation of the first part of the report dated the 17th. It is questionable as to whether you really get the impression from reading it that the infection is spreading. While a normal report would start with the fact that “the number of infected people has increased”, this one starts with “three people have been discharged from hospitals” and “the number of deaths has not increased.”  One could also question whether it is harsh to assume that the Wuhan municipal authorities were trying to diminish the impression that the number of infected people had increased by focusing on the fact that they had discharged patients and had not caused any deaths.

“From midnight to 24:00 on January 16, 2020, three people were cured or discharged from the hospital, and there were no new deaths. Experts from the national, provincial and municipal governments have comprehensively assessed the patients’ clinical symptoms, epidemiological history, laboratory test results, etc, and confirmed that there are four new cases of pneumonia caused by the novel coronavirus infection in our city, and the newly infected patients are currently being treated at Jinyintan Hospital in Wuhan. Their condition is stable and no one is seriously ill. The onset of the disease was concentrated between January 5 and 8, and related epidemiological investigations and tracing of close contacts are currently being conducted.”

The report also mentioned the fact that one person in Thailand and one in Japan, both of whom had visited Wuhan before, were confirmed infected. The first confirmed case in Japan, a man in his 30s living in Kanagawa Prefecture with a history of stay in Wuhan, had already been announced by the Ministry of Health, Labor and Welfare of Japan on the 16th. Although it was not new information, it was the first time that the Wuhan Municipal Health Commission mentioned the Japanese case.

Apart from the report on the infection situation mentioned above, the commission also released a “Status of Quarantine Work” report (posted on its website at 00:13 am on January 18), adding information on the four new coronavirus cases.

“On January 16, 2020, provincial and municipal experts confirmed four new cases of pneumonia infected with the novel coronavirus, based on the patients’ clinical symptoms, epidemiological history, and the test results of the diagnostic kits distributed by the state. 4 patients, all males, were diagnosed between January 5 and 8, 2020, and were hospitalized and treated between January 8 and 13, 2020. As a result of the treatment, their symptoms improved and their condition stabilized, and they were transferred to Jinyintan Hospital in Wuhan City for intensive care.”

Since the announcement on January 11, the number of coronavirus cases had remained at 41 as mentioned earlier, and the Wuhan Municipal Health Commission had explained that all of them had been infected before January 2. In other words, according to the previous explanation, none of these novel coronavirus cases should have been confirmed between January 3 and 15. Considering the high infectious rate of the new coronavirus, it is hard to believe that no new case of the novel coronavirus was confirmed for 13 days after January 3. Yet all of a sudden we see that there were patients who developed the disease between January 5 and 8. This fact seems to contradict the previous reports, but as the commission explains that the patients who developed the disease “were found to be infected with the novel coronavirus only on January 16,” we can suppose the commission is consistent in that regard.

However since the report of the 4 new coronavirus cases – which may have seemed like they were just trying to make the numbers work – the actual number of new cases reported by the Wuhan Municipal Health Commission increases in a burst reminiscent of a dam releasing pent up water.

“Between midnight and 24:00 on January 17, 2020, four people were cured or discharged from hospitals, 17 people were confirmed positive, and there were no deaths.”

However, the report of the day mentions more noteworthy facts than just the increase in the number of new cases.

“Analysis of previously published epidemiological data on novel coronavirus pneumonia showed that some patients had no history of visiting the South China Seafood Wholesale Market. The most appropriate test kit was used based on the rules of triage by pre-testing and consultation at the fever outpatient clinic. As a result of sampling and monitoring of patients with pneumonia of unknown origin who were treated in isolation at the fever outpatient clinic in the city, a total of 17 patients were found to be positive for the novel coronavirus nucleic acid. As a result of comprehensive judgment by clinical experts, 17 patients were confirmed to be infected and are under intensive care at Jinyintan Hospital in Wuhan and other designated hospitals. Of the 17 newly confirmed cases, three are in serious condition.”

So far, authorities had claimed that while “a few patients denied visiting the market, the majority of patients had a history of visiting the South China Seafood Wholesale Market” and (they) had  given the impression that this infection was basically limited to those who had visited the market.

However, once they acknowledged the fact that a certain number of patients had no history of visiting the market existed, we can say that their previous perception has now changed. Although the Chinese authorities have not admitted it at this point, this is also a fact that suggests the possibility of human-to-human transmission.

On the same day (posted on its website at 00:43 am on 19 January), the commission released additional information on the ages and symptoms of 17 new patients.

“Of the 17 patients, 12 are males and 5 are females, 9 are under 60 years old, 8 are over 60 years old, the youngest is 30 years old, and the oldest is 79 years old. The date of onset was before January 13, 2020. The first symptoms are fever or cough or fever with cough. 3 patients are in serious condition, others are in stable condition. 15 patients are in intensive care at Jinyintan Hospital in Wuhan except for 2 patients who are in serious condition and cannot be transported.”

By 24:00 on the 17th, the total number of coronavirus cases had risen to 62, with 8 seriously ill patients under treatment and 2 dead. After this, the number of infected people in Wuhan skyrockets.