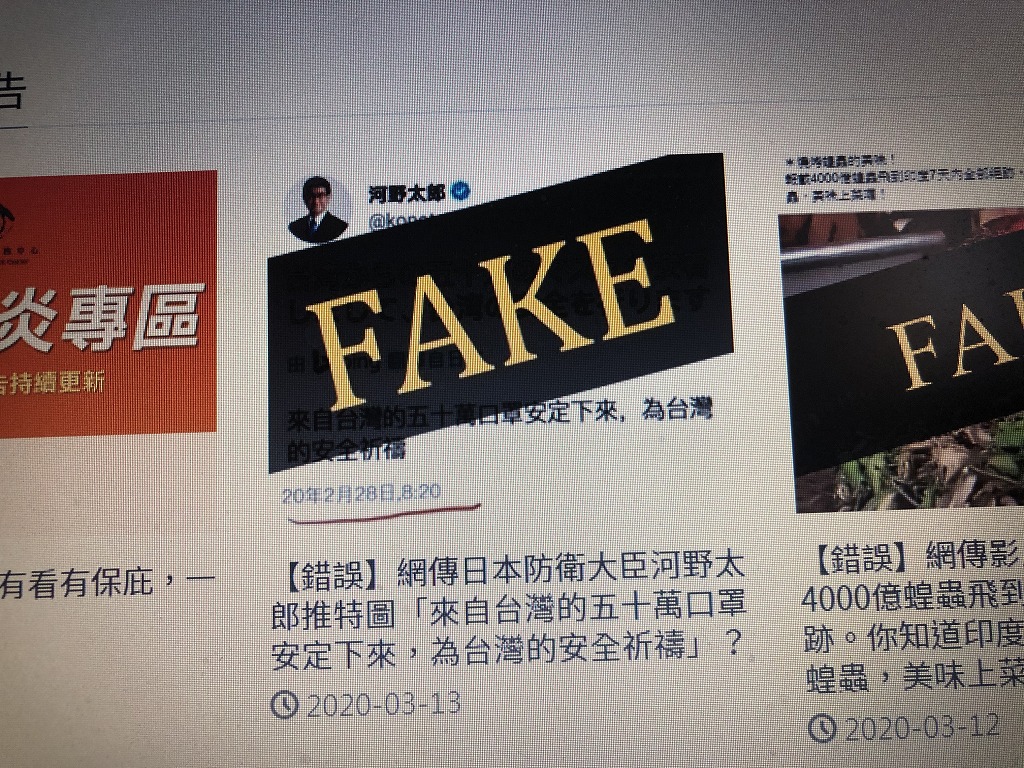 A screengrab purporting to be a twitter post from Japanese Defense Minister Taro Kono’s account  on February 28 and saying in Japanese “500,000 masks have arrived safely from Taiwan. I pray for the safety of Taiwan” has gone viral in Taiwan. This post was shared more than 6,000 times via ‘retweets’ and ‘Likes’ in Taiwan.

FactCheck Initiative Japan (FIJ) which conducted an investigation into this at the request of Taiwan Fact Check Center (TFC), could not find anything similar to this tweet on Minister Kono’s Twitter verifiable account. When we asked Minister Kono’s office for confirmation, they replied: “We asked Minister Kono directly, and he confirmed he did not make any such tweet.”

In light of FIJ’s investigation, TFC issued a FactCheck report on March 13 stating that this was a fake tweet.  Simultaneously, Facebook also began to warning users that this was “False Information”.

The original fact-checking report by TFC in Chinese here.

TFC is a member of the #CoronavirusFacts Alliance.