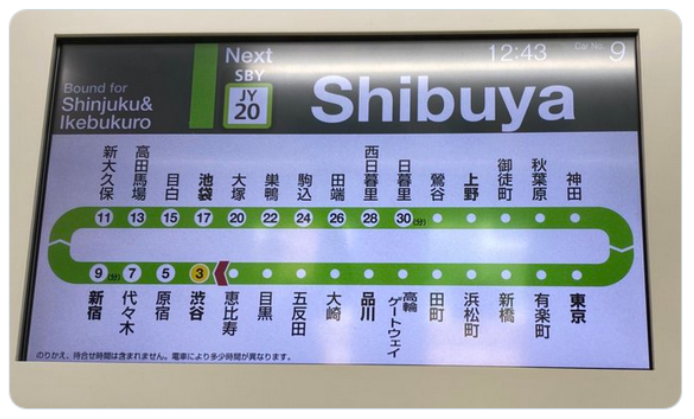 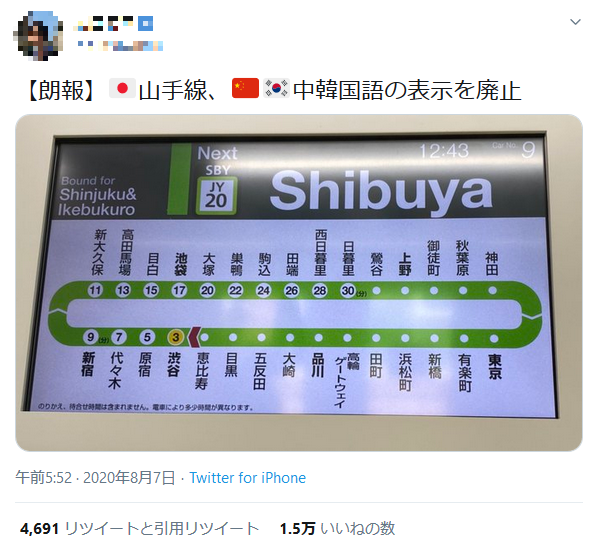 A photo of a display monitor on Japan Railways’ Yamanote line with the caption “[GOOD NEWS] The Yamanote Line no longer displays the names of stations in Chinese and Korean” was posted on twitter and garnered 4,600 retweets. However, East Japan Railway Company, responding to BLOGOS inquiring about the post, clarified “the station names on monitors inside the carriages of East Japan Railway, not only on the Yamanote Line, have always been only in Japanese and English.” Thus, it is incorrect to say that Chinese and Korean displays have been “discontinued”, since they were not displayed in Chinese or Korean to begin with.

The post seems to confuse the fact that Chinese and Korean language displays are used on monitors and signage in some stations on the Yamanote Line and on the monitors of the Tokyo Metro, among other places.

Partial reproduction from InFact ‘Weekly: Summary of Information Verification on the Internet (vol.46) ’ The original report in Japanese is here.