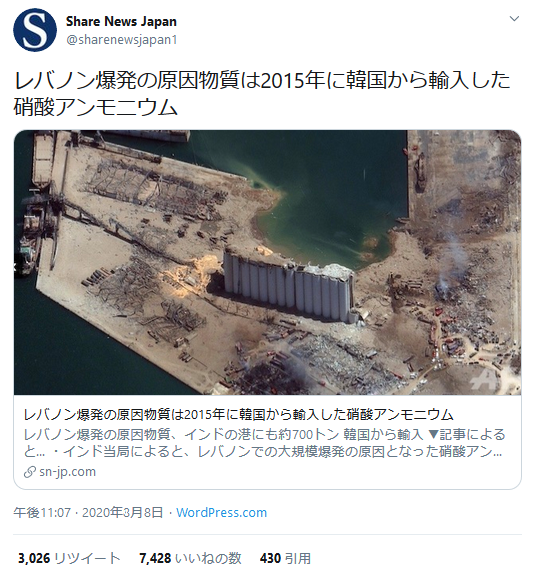 An article with the headline “The chemical ingredients behind the Lebanon blast – ammonium nitrate – had been imported from South Korea in 2015” was posted on August 8th in a news aggregator website Share News Japan and shared widely on Twitter, with over 3400 retweets. Ammonium nitrate stored in a port warehouse is believed to have sparked the massive explosion that rocked Lebanese capital Beirut on August 4 (here).

According to AFP and CNN, the ammonium nitrate that exploded in Lebanon arrived in 2014. It was seized in Lebanon after it had been loaded onto a Moldovan-flagged ship owned by a Russian company that had been traveling from Georgia to Mozambique.