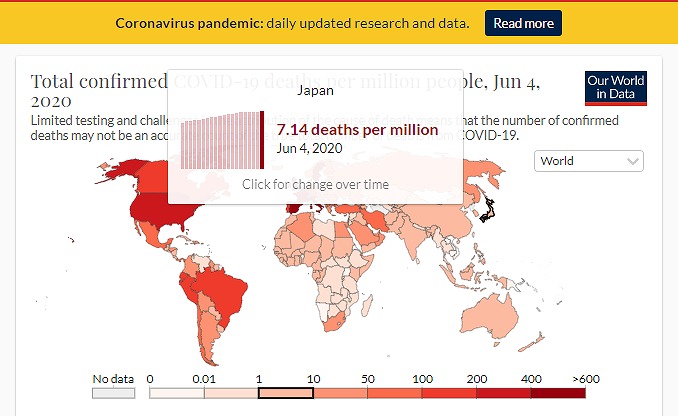 Minister of Finance Taro Aso told parliament on June 4 that Japan has fewer COVID-19 deaths than other countries because Japanese people have higher moral standards and had obeyed the government’s more lenient requests for self-restraint despite there being no penalties. This was also widely reported in the international media.

If comparing the numbers in Japan as of June 4 with those in the West, Japan had 7 deaths per million people infected as compared to France’s 445, the United Kingdom’s 585 and the United States’ 324. Thus in this respect Japan’s 7 deaths can be said to be extremely low. However, when comparing with other Asian countries, there were some nations, such as Indonesia, South Korea, Malaysia and Taiwan, that had even fewer deaths per million than Japan.

We therefore judged the statement as misleading because it misled people into thinking that the death rate was low due to some innate superiority of the Japanese, despite other countries having a lower death rate than Japan.