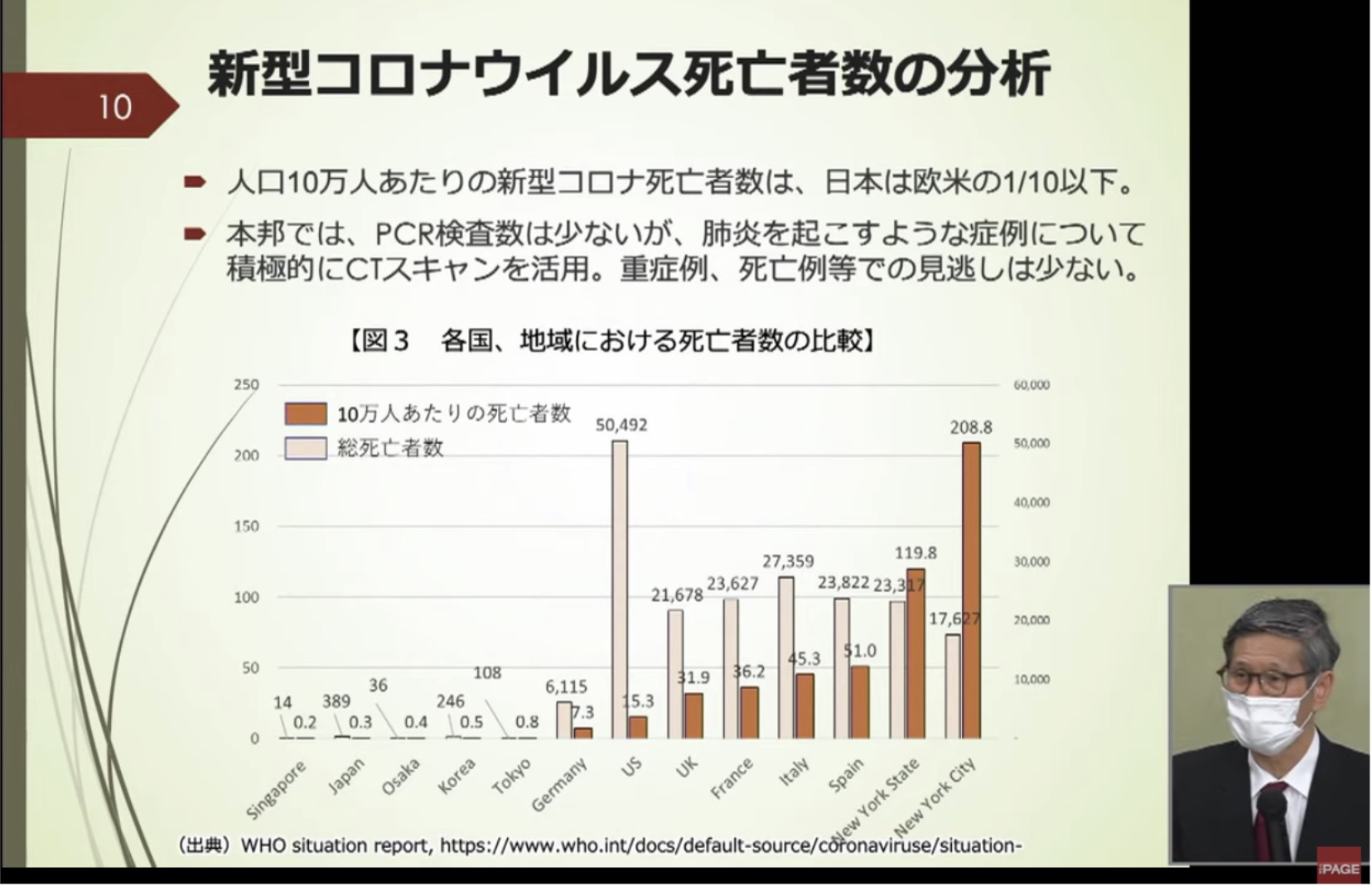 At a press conference on May 4, Dr. Shigeru Omi, deputy chairman of the Japanese government expert panel on the Covid-19 response said that while the number of PCR tests in Japan were low, in nations with more PCR tests the number of deaths were higher. This statement, however, is false.

We looked at nine nations, notably South Korea, Taiwan, the United Kingdom, the United States, Italy, Singapore, France, Japan, and Germany, and compared in four different ways the number of PCR tests against deaths, either per population or in their total numbers. But we could not find “more deaths in countries with more PCR tests” in any of the comparisons.

It is unclear which index Dr. Omi used, as he did not specify, but the correlation between the number of PCR tests and the number of deaths from the new coronavirus is not strong, as far as the statistical data are concerned. Thus, Dr. Omi’s statement was rated to be “inaccurate.”